Great day for the Hallams, Our first steam test since we started this project.

This what we have been been working up to, First thing we had to do is take the door off the front of the shed 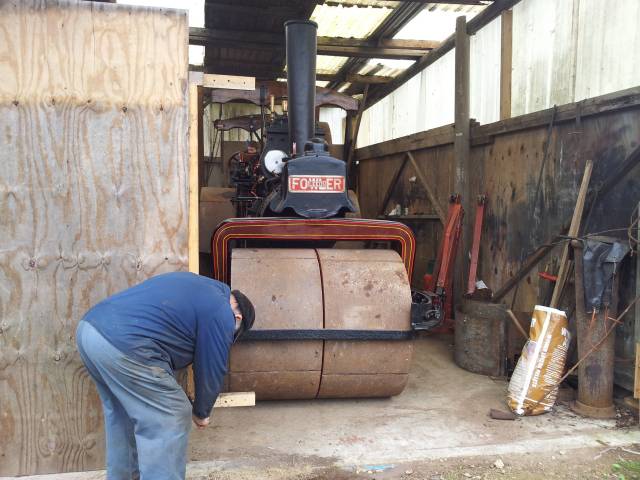 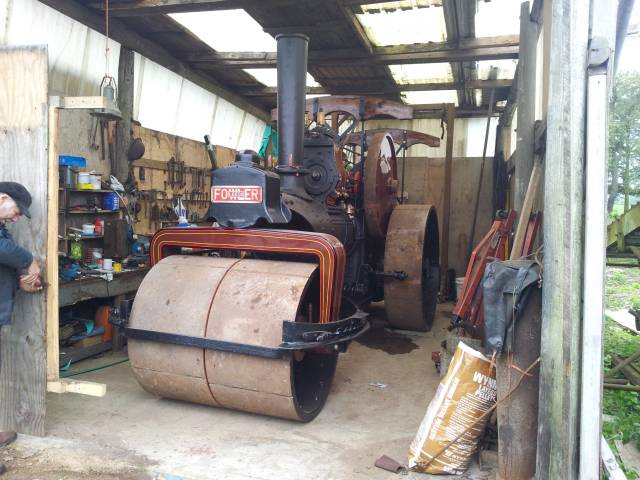 Once opened Little Stoke sees daylight the first in 3 years

As we couldn't light a fire inside the shed, Jon had to stand on the back wheel and turn the flywheel with the engine in gear to push the roller out of the shed. 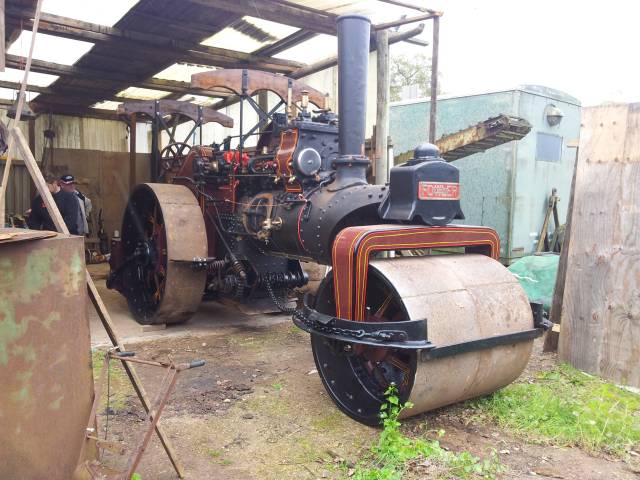 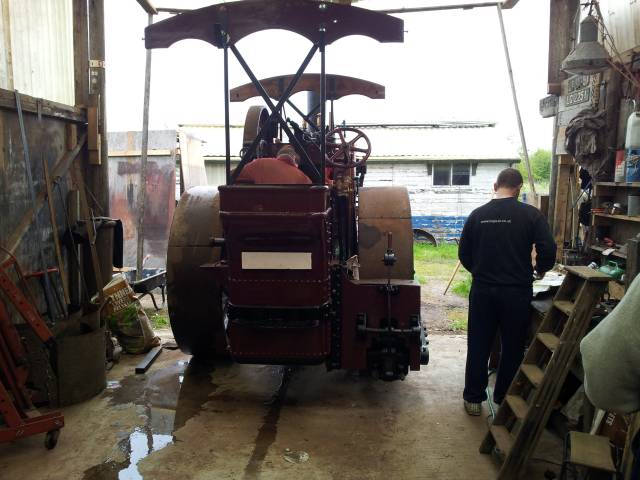 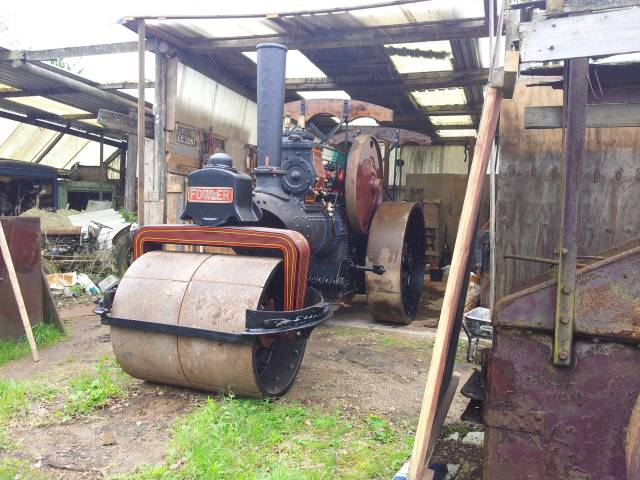 Once out we was able to light the fire. So we gave the honour to David Hallam here is him starting the fire.

The next hour or so was very exciting oiling, fetching wood and filling the tender with water. Ok problem number 1 arrives as a leak from the bottom of the tender.

Nick set to and stemmed the flow slightly but we wasn't too worried as we could put water in faster than it was coming out.

Everyone was waiting with baited breath, Eventually steam was being produced.  Then came the the moment of truth, The first turn over in over 40 years.

The Video below shows this memorious occasion, But alas this didnt happen as well as expected.

Initially we thought it was timing, So we adjusted the timing both ways but to no avail. By this time Myself and Nick had to leave, So Jon and David were left carrying the can.

After some time Jon spotted something amiss with the Stephensons link. After close examination he found that when it was being rebuilt the stephensons link on the low compression cylinder

was in fact upside down. Son Jon & David split it down and refitted it the correct way. The videos below show the roller running a lot smoother (apart from the squeal)